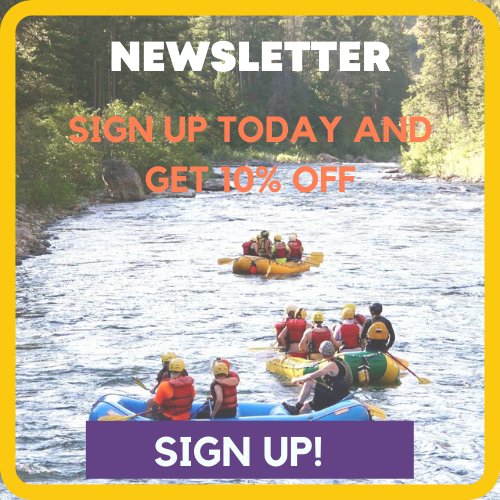 The History of Boat Names

A boat’s name has to do with the gods that are known to rule the sea. Neptune is the god of the sea in Roman mythology and Poseidon is the ruler of the ocean in Greek mythology. Legend has it that the gods have a written ledger of all the boat’s names and look over each one.

Check out some of our boats below!

As we come around this corner here (forward two), I’m wondering if anyone in the boat has ever heard of Rocky Mountain Dick… Well, as you know, this canyon was settled relatively late and so the wild frontier men of this region were still flourishing around the late 1800’s. One of the best ones was Dick Rock, also known as Rocky Mountain Dick. He was a real woodsman, hunter, and river guide. He domesticated wild animals and legend has it that he tamed a group of elk to pull his sled.

On an off day, Rocky Mountain Dick is sitting in the Full Moon Saloon and in walks this Nun all the way from Verona, Italy named Sister Angelica. She tells Dick in her broken English that she needs to travel up the river to a site which she has picked out for her Mission. Dick looks at the small, delicate woman and turns away. No way would he take her on the river. She’s not serious enough about the consequences. Within two shakes of an elk’s ear, she’s plopped a wad of lire on the table and demanded services renderable. Dick has no choice. The exchange on lire was amazing at this time and his investments needed a boost. (First moral of the story-most mountain men need a second income if they’re gonna support their lifestyles.)

They hop in the boat and they’re off down the mighty Gallatin. (Let’s paddle forward here, please…good..stop.) After the first day, they’re thoroughly tired of each other. He’s annoyed by her Gregorian chanting and she can’t stand his smell. They need each other out in the wild, so they divide duties and after a while, it seems that they actually compliment each other quite well. Soon, she’s sewing up the holes in his paddle jacket and he’s cooking her some nice Bison Alfredo. The waters of the Gallatin, elixir of life, seep into their bones. Sister Angelica feels the woman rising within the nun and becomes aware of here attraction to the savage masculinity of RMD. Dick finds her femininity engaging and entrancing. The both fall in love for the first time.

After a few days on the river, they stop at an Indian settlement for the news and the weather. You see this camping park here, and others along the river? Just about all of these sites were original Indian settlements. So they stop here. Almost immediately, Dick notices a profound change in Angelica. If she was attracted to the woodsman Dick, well, these young Indian men seemed to her to be all the more graceful and adept in hunting and foraging. Her eyes turn to one of the young Indian men and she is smitten.

Dick leaves the camp without her, heartbroken forever. He wanders up into the hills that you see in front of you and lives the rest of his life as a hermit. He died later on, gored to death by one of his own buffalo.I think he was trying to ride it. Angelica married an Indian and had many children. Her husband lived to a ripe old age and then died. Soon after, alone in her tepee, she started receiving visitations from a ghost. It was Rocky Mountain Dick, who’s soul was wandering the Earth, in unease since he had been so brutally dumped by the only woman he ever loved. In order to rest, he needed Angelica to perform a deed of valor in his name. Touched by the depth of their short affair so long ago, Angelica climbs up this mountain we are facing and, do you see that sandy heart etched into the side of the hill? She did that with her fingernails. As you can see, however, the heart is not perfectly formed. That’s because she fell to her death I the process of freeing her lover.

His soul is at peace now, but hers still wanders the canyon… So the moral of the story is that Mountain Men can have very tender hearts, so don’t toy with them. The tougher they are on the outside, the softer they are on the inside. Now we’re heading towards the safari run, so all you people on the right hand side want to watch out for the bushes and sticks on the shore. Let’s all paddle forward…

Take a trip with Montana Whitewater and hear other Amazing Stories as you float down the river….

SOME LINGO TO MAKE YOU FEEL LIKE ONE OF THE GANG

gear – the stuff you use to go rafting

rigs – the vans and buses

carnage:  when people unexpectedly fall out of the raft; swimmers make for great photos and laughs!

CFS:  Cubic Feet per Second: how we measure the rate of flow in the river

Lilly-Dipper:  one who is not a strong paddler or does not follow guide instructions

sniggety snack – a quick meal before the trip 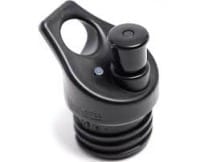 Lost: Re-usable sport cap lid. Reported by frustrated zip liner who could not stop spilling water on himself on the course.

Lost: Office landline phone cord. Catapulted out the window after being stretched too far.

Lost: Pizza crust that was promised to your best friend because you weren’t going to eat it.

If you think you may have lost an item at our office, please contact us. You will need to let us know what location, a description of the item, and any contact info.