In 1991, Bill Zell got a job at Yellowstone Raft Company in Big Sky. He drove shuttle and guided rafts. People remember him as the guy with the underwear on his head. He likes to think of himself as the guy who invented the “Ghost Shuttle.” The next summer, he got together with his buddy, Pete Mommsen and started Montana Whitewater. Their headquarters were at the Funny Farm Mall in Gallatin Gateway. That first summer, they took 11 people rafting and MWW was born.

In the first years, there were a couple of guides and Bill and Pete. They took people rafting on the Gallatin and did one or two trips over on the Yellowstone River. One time the dashboard of their van spontaneously burst into flames. Customers were very excited to watch Bill and Pete pour cold coffee on the fire. 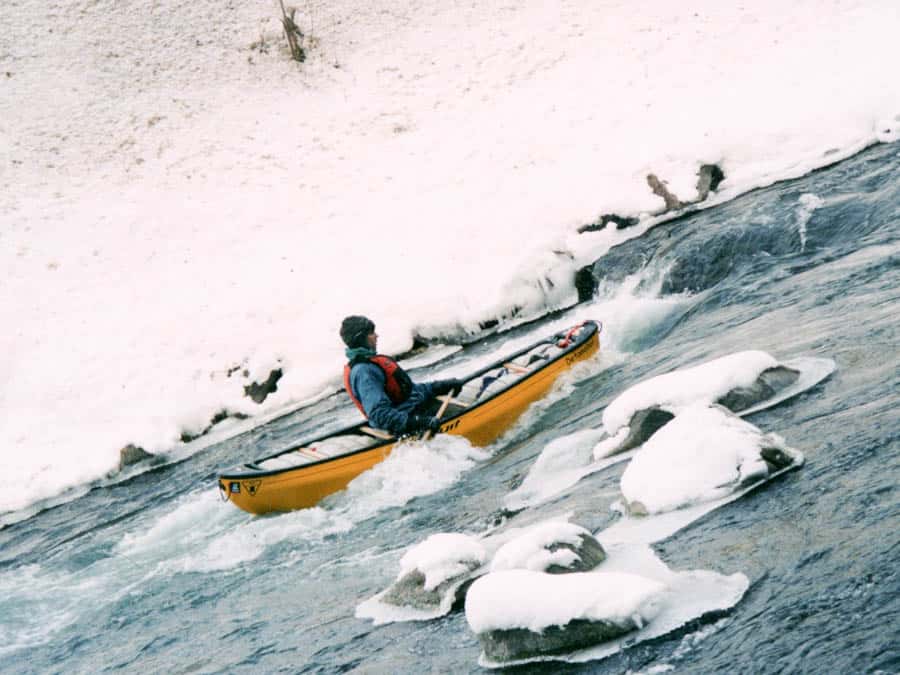 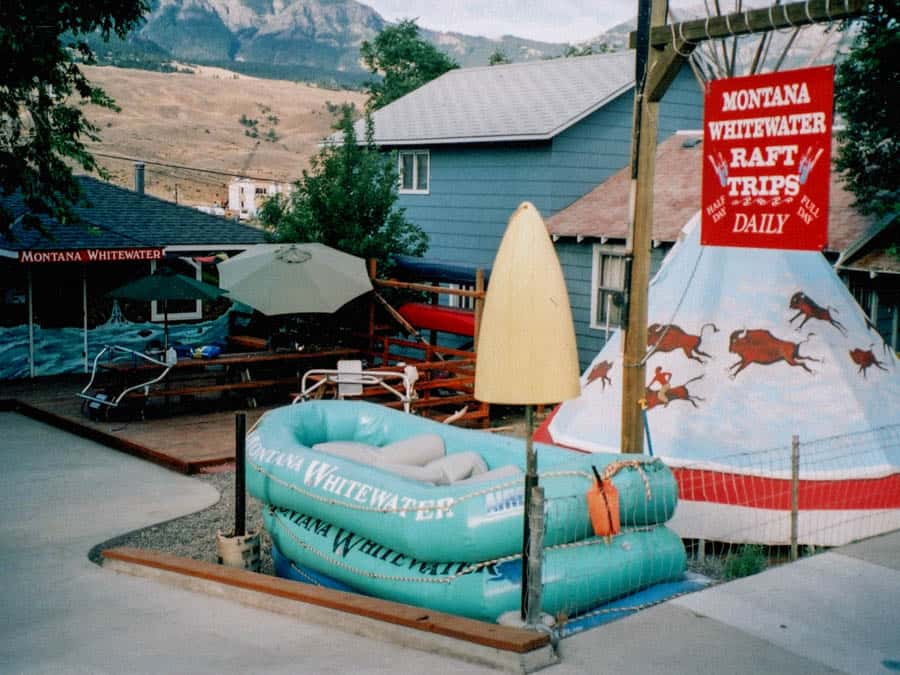 In 1998, we rented a shack from the Church of Universal Triumphant (CUT) in Corwin Springs, located across the street from what is now the Lighthouse Restaurant. Two people ran trips out of there, one acting as a shuttle driver and the other guiding a boat- the first expansion of Montana Whitewater. We continued to run out of the shack until 2001 when we were evicted and bought the house in Gardiner, where we currently have our outpost for the Yellowstone River operation.

In 2003, we moved the Gallatin office from the Funny Farm, up the canyon to the current location at Beckman Flats, near Storm Castle. It cut 17 miles off our shuttle each way! We also purchased the riverfront property behind the office “Tom’s” this year, to use as a take out and eventually use as a campsite for overnight trips. In 2006, Yellowstone Raft Company, one of the other Gallatin companies, decided to sell. Montana Whitewater went big in purchasing YRC in order to stay alive, and eventually thrive, as a raft company on the Gallatin River. With this purchase, we also acquired the Beartrap Canyon permit and the historic Karst Kamp property and launched the Learn to Fly Fish program.

Montana Whitewater had proudly grown from a tiny operation, into a full sized raft company with two locations, three rivers, and fly-fishing.

In 2010, Bill decided it was time to expand his outdoor recreation world and built the Gallatin River Classic ZipLine Tour. By opening day 2013, we had 4 zip tour options in two locations. 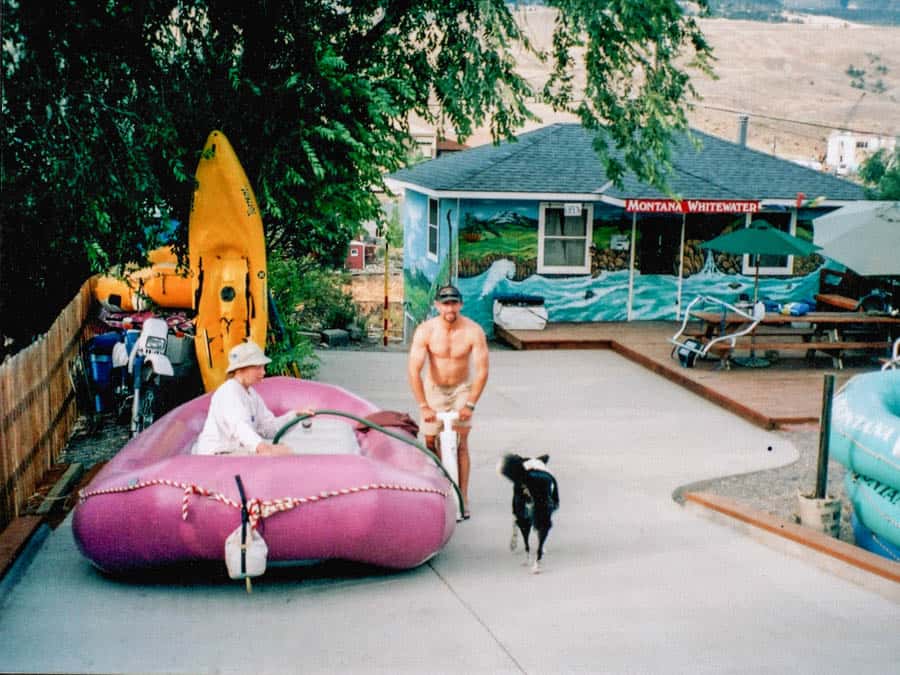 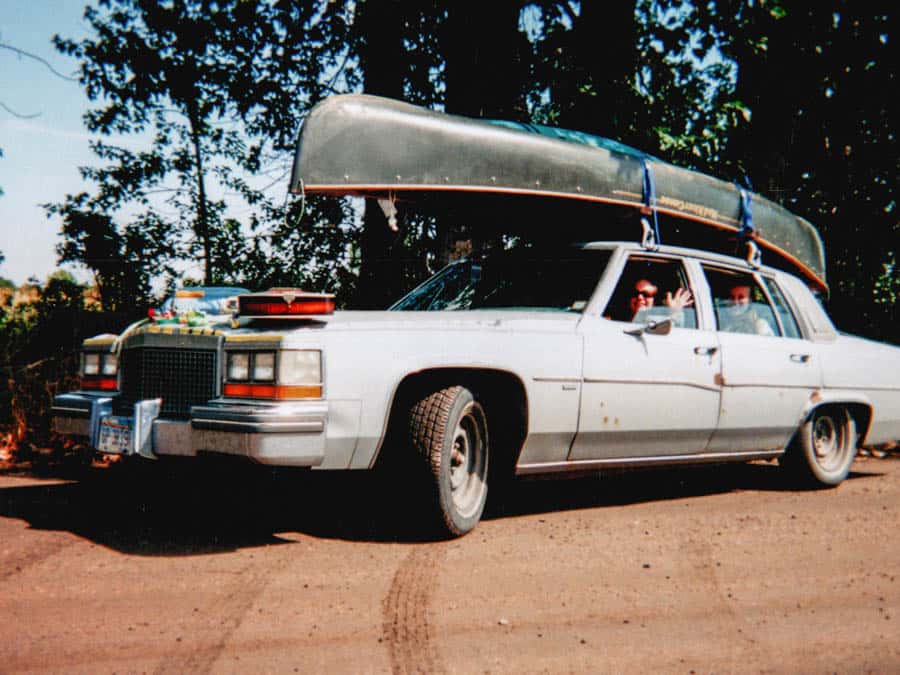 And finally, the most recent addition to “Wild Bill’s World of Adventure” is the Bozeman Office on Main Street, housing Madison River Tubing Shuttles & Rentals. The popularity of the office has steadily grown over the last 3 years.

Now in our 24th year as a Bozeman-based, family owned and operated business; we have worked with some amazing people and enjoyed lots of hilarious times. We continue to strive to give our customers a top-notch outdoor experience and make ‘em laugh with our stupid jokes. We are happy to have you join us in making history!

Check out all our old-school photos below!